I love how God's character is revealed to us in the Old Testament. That He never leaves us. He fights for us and He always wins. We need only be still. Time and time again The Lord has proven Himself true to His Word in my own life. I have seen The Lord defend me while I quietly observe from a distance. It gives me confidence that if I remain diligent in prayer and safely trust in Him, He will always rescue me.

Exodus 17 is intriguing to me me because in the chapter before you see the Israelites having their physical needs met by daily gathering manna, a food provided by The Lord rationed with just enough for their daily portion, no more and no less. They had come to rely on Him for their daily bread. Next you have warriors, trained to fight, that attack God's people yet His people prevailed. It struck me that these were likely strong men who trained for this and planned the attack while the Israelites were just slaves who had been set free and were making their way to their new home but the saw victory because God was on their side.

Exodus 17:11-13
…11So it came about when Moses held his hand up, that Israel prevailed, and when he let his hand down, Amalek prevailed. 12But Moses' hands were heavy. Then they took a stone and put it under him, and he sat on it; and Aaron and Hur supported his hands, one on one side and one on the other. Thus his hands were steady until the sun set. 13So Joshua overwhelmed Amalek and his people with the edge of the sword.…

As I read Matthew Henry's commentary I found this,
"The rod was held up, as the banner to encourage the soldiers. Also to God, by way of appeal to him. Moses was tired. The strongest arm will fail with being long held out; it is God only whose hand is stretched out still. We do not find that Joshua's hands were heavy in fighting, but Moses' hands were heavy in praying; the more spiritual any service is, the more apt we are to fail and flag in it. To convince Israel that the hand of Moses, whom they had been chiding, did more for their safety than their own hands, his rod than their sword, the success rises and falls as Moses lifts up or lets down his hands."

I love that God used others to hold up Moses's hands in battle. Moses was growing weary and his arms grew tired.
"Aaron and Hur stayed up his hands, the one on the one side, and the other on the other side".
We must surround ourselves with those who love the Lord and will hold up our hands in battle. "The more spiritual any service is, the more apt we are to fail and flag in it." We must be in fellowship with those that will lift us up in prayer. To pull us up when we fall and to set us on the right path when we fail. I am so grateful for my tribe that I can call (or text) during times of need.  I am so grateful for the people God has given me to hold me up in this life. So often in this journey I have been weak and felt such despair. I'm grateful for true friends who fight w me on their knees. They do battle w me and hold my arms up in prayer.

My favorite part in the Bible is the one of the Israelites. How God led them out of slavery and through the dessert. How He defended them and all of their victories in battle. I love seeing how God provided for them. It amazes me to see their lack of faith, how quickly they forget all He has done, how he has brought them through and how they turn to idol worship. The more I read and the more I live the more I see that is me. I'm an Israelite. We are all just like that. We all doubt the Lord, we all turn to our own idols. I used to balk at these instances when the Israelites would show such an extreme lack of faith. Now I say thank You, Lord for your everlasting lovingkindness. Thank You for your forgiveness and longsuffering.

Matthew Henry also had this to say...
"Christ is both to us; our Joshua, the Captain of our salvation, who fights our battles, and our Moses, who ever lives, making intercession above, that our faith fail not. Weapons formed against God's Israel cannot prosper long, and shall be broken at last."

Did you know I pray for you? I pray for blessings and even though I do not know your specific needs I am praying God will fight your battles and meet your needs in a mighty way. 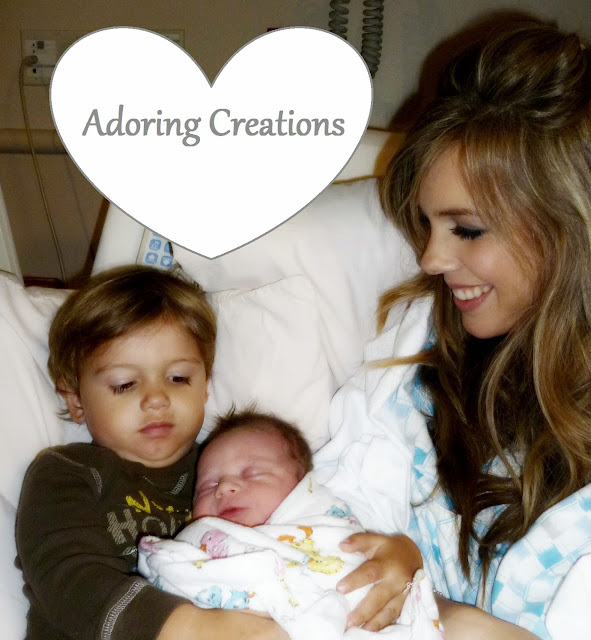 Posted by Adoring Family at 6:50 AM